This total of 2019 cannot be compared to the total in previous years since the purchase of 80 vehicles was made possible by allocating an exceptional budget, like for the Directorate of Infrastructure Security (DAB) and IDP-Terro. Heavy-duty and hybrid vehicles are already included in the anonymous vehicles or those with police striping and therefore do not constitute a specific category to be taken into account when calculating the total.

* One-off action in 2018 in favour of the Local Police

* Do NOT add the three numbers together to get the total number of vehicles. Heavy-duty vehicles (e.g. 93 for 2019) are already included in the anonymous vehicles or those with police striping. 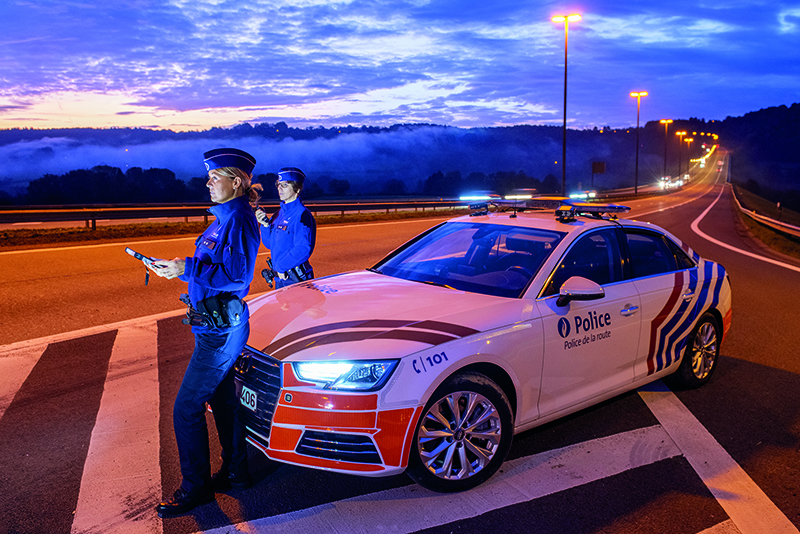 
The two-tone parkas, a novelty in the basic equipment

In 2019, the Federal Police presented the new unisex, two-tone parka and a softshell jacket. Both are unique in their kind and will be available from 2020.

The two-tone garment is part of an innovative concept combining fluorescent orange with insignia blue. This concept has been patented and developed exclusively for the Belgian police services. The design of the reflective elements reproduces in an asymmetrical way the particular lines of the police striping. These two pieces of basic equipment make police officers more recognisable during their intervention missions and unify the police landscape for the citizens. 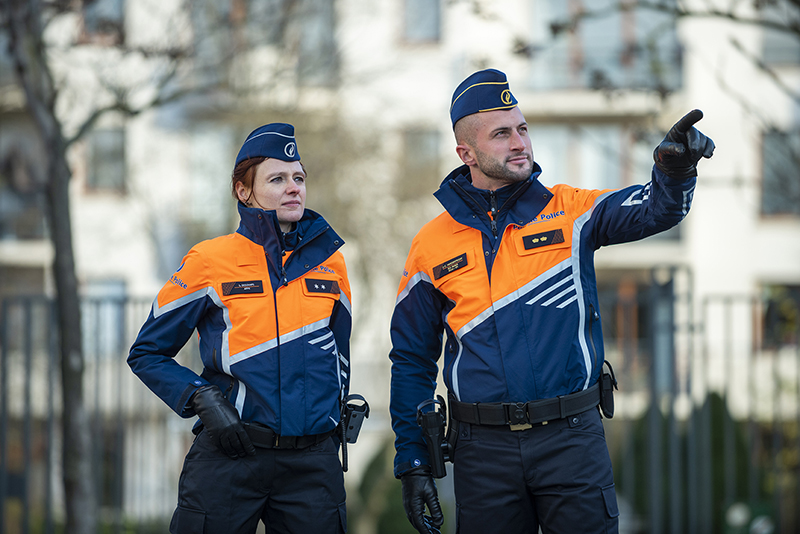 With regard to functional equipment, several contracts have been awarded:

Logispol means "Logistics Information System for the Police". The advantages of this system are undeniable: it will provide a very clear overview of products and budget, save time in the warehouse − where manual counts will be a thing of the past − and avoid stock shortages. Logisticians will thus have a professional system at their disposal, enabling them to better meet deadlines and serve customers more quickly. The Federal Police and the Local Police have almost 1 000 and 400 regular users of Logispol respectively.

The warehouse of the Directorate of Logistics in Uccle has been completely reorganised in line with Logispol's vision; the organisation now has a modern equipment centre enabling deliveries to be made more quickly and easily.

A few key figures about Logispol since its launch in March 2019:

The Logistics Directorate (DRL) of the Federal Police issues security notices and carries out audits in terms of infrastructure, standards for certain equipment or identity or identification documents.

* The increase in the number of photos taken compared to 2018 is due to the future renewal of legitimation and identification cards, which requires taking photos of all Integrated Police staff.

The following trends show that the Federal Police is paying increasing attention to environmental and sustainability aspects when defining its requirements in the specifications of material requests (purchase files):