A Mission Statement based on values

RESPECT, a value to be promoted all togethe

A Wall of Memory for our 27 deceased police colleagues

A Mission Statement based on values

The values that the Federal Police emphasises in its Mission Statement are:

The Federal Police takes initiatives to raise awareness of these values among their staff (e.g. "Human Rights and Kazerne Dossin" training) and to draw their attention to the various areas of application in this respect (e.g. Respect campaign). Furthermore, it intends to create a working environment for its staff that promotes solidarity, diversity and dialogue, where workers feel respected and see their professional commitment recognised.

RESPECT, a value to be promoted all together

In May 2019 the RESPECT internal communication campaign was launched. Its goal: to stimulate reflection on the values of our organisation and remind us of the rights and duties that underlie it. This campaign was made possible thanks to a solid partnership between the Diversity service of the General Directorate of Resource Management and Information (DGR), the Integrity service of the General Commissioner’s Office (CG/Integrity) and the Directorate of Communication (CGC) of the Federal Police. It targets several themes: respect for sexual orientation, gender, disability, differences in age, rank, level, multiculturality and different statuses.

Several in-house publications address or will address these themes, notably through 7 posters. Each of them illustrates one of the chosen themes.

These different contents invite staff members to question themselves and take action through the presentation of several good practices. Some training courses are also proposed to them. This campaign is a first step towards a series of concrete awareness-raising actions.

Retiree reception: a tradition to honour

On the initiative of the General Commissioner, the Federal Police has reinstated a tradition: receptions for retired members. The aim is to honour former staff members and thank them for the services they have rendered to the organisation.

In any organisation there are people leaving and people arriving. The tradition that was reinstated in March 2019 is a great mark of recognition and respect. These symbolic events are a way of expressing to our pensioners our deep gratitude for the work they have done. These receptions are held four times a year. The General Commissioner and/or one of the General Directors systematically attend them.

It is important to thank retiring colleagues. This initiative is also linked to work-life balance, which is a quality of life issue and a basic condition for a good professional functioning. Retirement is a pivotal moment, bringing to a close years of dedication to the citizens and authorities of this country. If the police is now recognised by the authorities and the population, it is thanks to the commitment and professionalism of its staff. 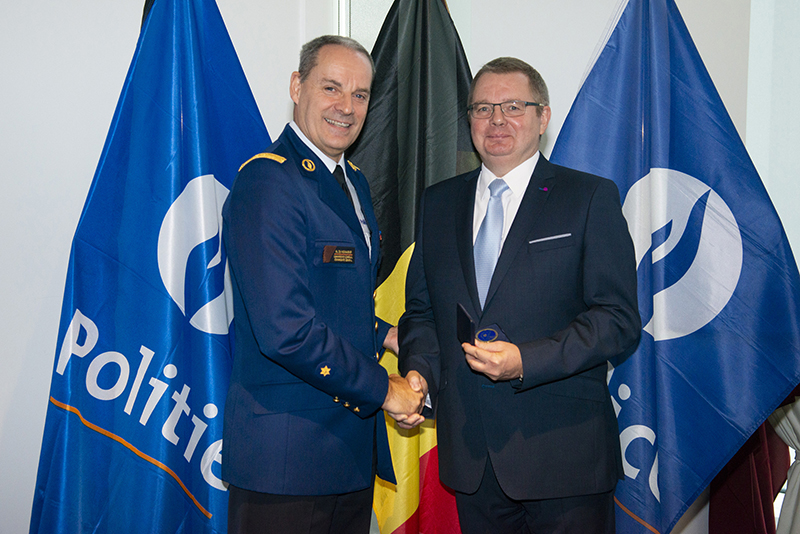 Respect for the citizen is one of the fundamental elements of the attitude of police officers. After the appointment of the General Commissioner, the Federal Police voluntarily entered into dialogue with Amnesty International following the publication of the report containing recommendations on ethnic profiling. Together with the CG/Integrity Service, we committed ourselves to a sustainable partnership with Amnesty International in 2019. As part of this partnership, the General Commissioner, together with the heads of corps of some major police zones, delivered his statement on ethnic profiling in the form of a video message at the screening of the documentary film "Suspect" and the ensuing political debate in the De Roma room in Antwerp on 28 March 2019. This partnership will continue in the coming years. You can watch the documentary film "Suspect" and the ensuing debate via this link. The video message with the statement of the General Commissioner is at 1h33'15''. 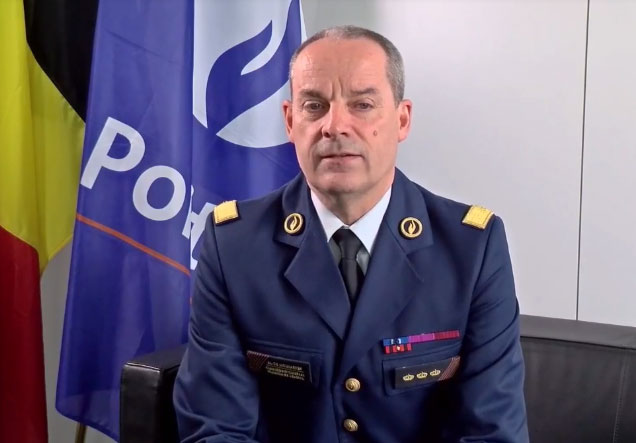 The Holocaust, Police and Human Rights project was officially launched together with Kazerne Dossin on 27 January 2014, 69 years to the day after the liberation of Auschwitz. Thanks to this cooperation agreement, all Integrated Police staff members can register for a one-day training course. This training raises police officers' awareness of human rights dilemmas. On 23 September 2019, Selm, a trainee security constable, became the 10 000th member of the police force to participate in this training since its inception in 2014. 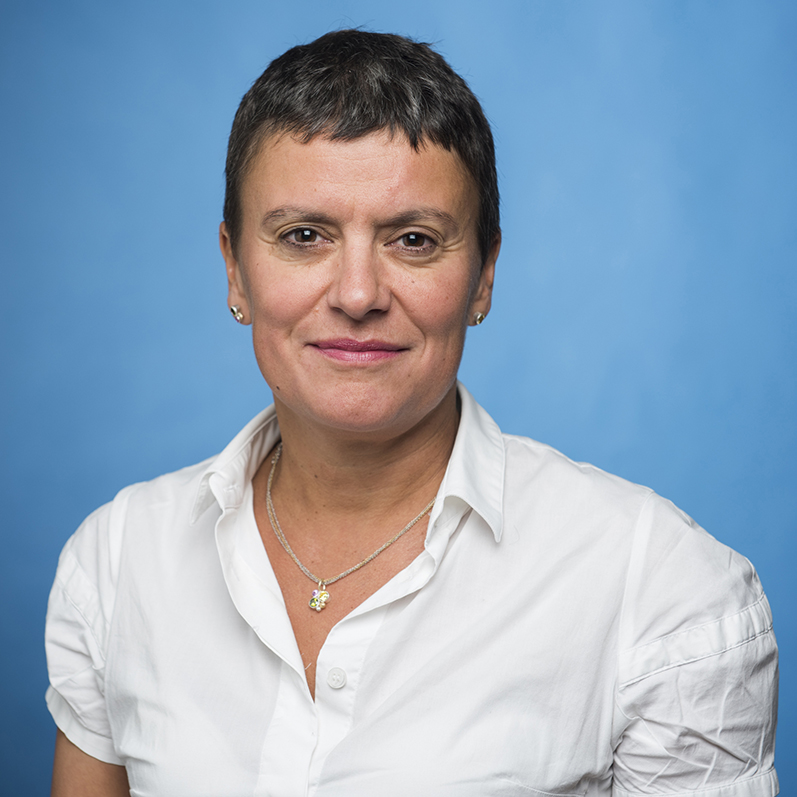 Ils "They keep a critical spirit that they will be able to apply to their own actions in the future."

"Police officers are given a special mandate to ensure public peace, safety and health. The legitimate use of force is part of this mandate. For all citizens, and for the more than 51 000 personnel of the Integrated Police, it is fundamental that police officers show the greatest possible respect for human rights. In Kazerne Dossin, participants learn from the past by looking at radicalisation, collective violence, exclusion and polarisation. They keep a critical spirit that they will be able to apply to their own actions in the future. In six years, we have already trained nearly a fifth of our staff: that's remarkable!"

Police for Solidarity: Solidarity is not an empty word to the police!

After an interruption of several years, the Federal Police, the Social Service asbl/vzw SSD, the Bruxelles-Capitale/Ixelles police zone and the Local Police Standing Committee decided to relaunch the Running for Solidarity initiative with a new name, i.e "Police for Solidarity". The aim is still to stimulate team spirit and solidarity within the police force.

Sport is also essential to keep in shape. It contributes to the physical and mental health of staff members.

The Police for Solidarity action took place on Thursday 23 May at the Roi Baudouin stadium in Brussels. In total, the runners completed 6 849 laps or 2 740 kilometres. The solidarity action brought in 7 224 euros. 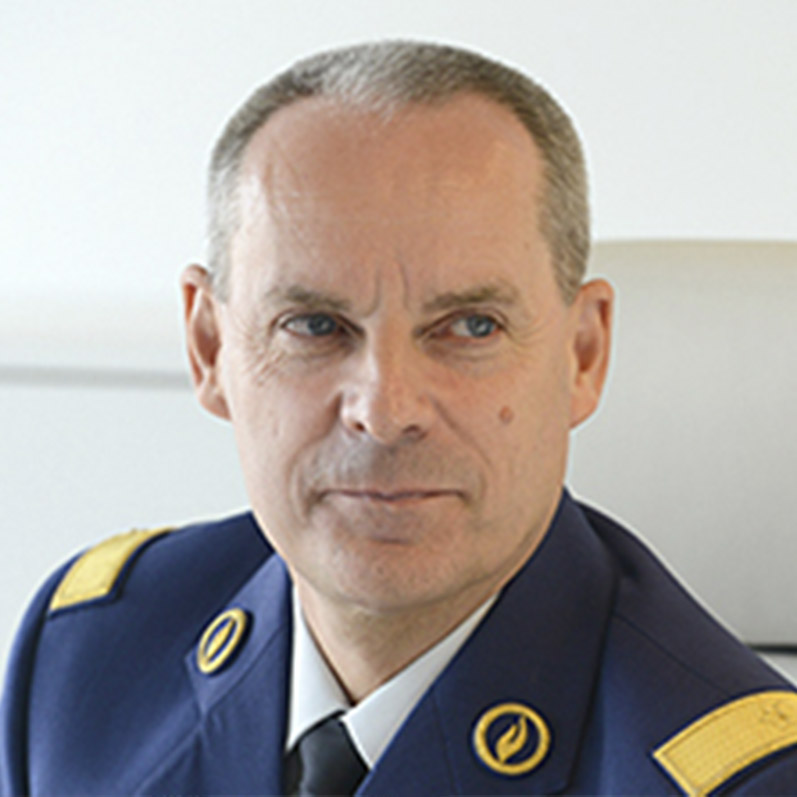 We want to be a good employer, with motivated, professional, supportive and healthy staff members. That day, the track was our best ally in this quest..."

A Wall of Memory for our 27 deceased police colleagues

A Wall of Memory was inaugurated in 2019. It was erected on the ground floor of the Polis Center, in Brussels, a place used daily by several hundred police officers. It contains the photos of 27 men and women who have died in the exercise of their duties since the effective implementation of the reform of the police services on 1 January 2001. This choice reflects a deep desire to show faces and words rather than unfortunate statistics. To ensure that their memory lives on.

A book of remembrance was opened for those who wished to write a few words. It contains touching messages from authorities, parents, children, friends and colleagues who are forever deprived of a loved one.

In its oversight role, the Parliament has, inter alia, the possibility of putting questions — written or oral — to members of the government.

For questions relating to the functioning of the Federal Police, the responsible ministers receive our support in preparing answers (via the Administrative and Technical Secretariats, or SATs).

In 2019, 392 written questions and 276 oral questions were addressed to the Minister of Security and the Interior.