The i2-IRU section of the Directorate for Combating Serious and Organised Crime (DJSOC) carries out various missions:

This team focuses, inter alia, on terrorist propaganda and related violent extremist activities on the Internet. This mission is part of the Internet Referral Unit set up by Europol (IRU EU). In practical terms, the detected propaganda is made inaccessible in cooperation with the Internet service providers.

The mission of the Federal Computer Crime Unit (FCCU) is the fight against ICT (Information and Communication Technology) crime, among other things to protect citizens from new forms of crime in the virtual society. This mission also includes supporting the fight against other criminal phenomena through specialised investigations in ICT environments.

* The « ransomware » modus operandi consists of fraudulently installing a virus on a device without the knowledge of its owner. The virus keeps the device and the files "hostage" (encrypted) and the scammers demand a ransom.

Last year, after an interlude of a few years, the FCCU again organised the training course for the Computer Crime Unit functional certificate. Since then, around 60 people have taken the basic module. However, the examinations will not take place until 2021.

In addition, the FCCU made a substantial contribution to several European training projects concerning the dark web. The reactions to the training courses organised under the aegis of the European Police College (CEPOL) — two sessions in which some 60 police colleagues from different European countries took part — were positive.

Finally, the FCCU refined the concept and operation of the Quick Reaction Force. This team is responsible for police intervention within the framework of the cybercrime emergency plan of the Centre for Cybersecurity Belgium (CCB). It is composed of members of both the FCCU and the regional CCUs. Since the creation of the Quick Reaction Force, there have not yet been any incidents meeting the conditions of deployment (moving on to the higher level under the cyber emergency plan). 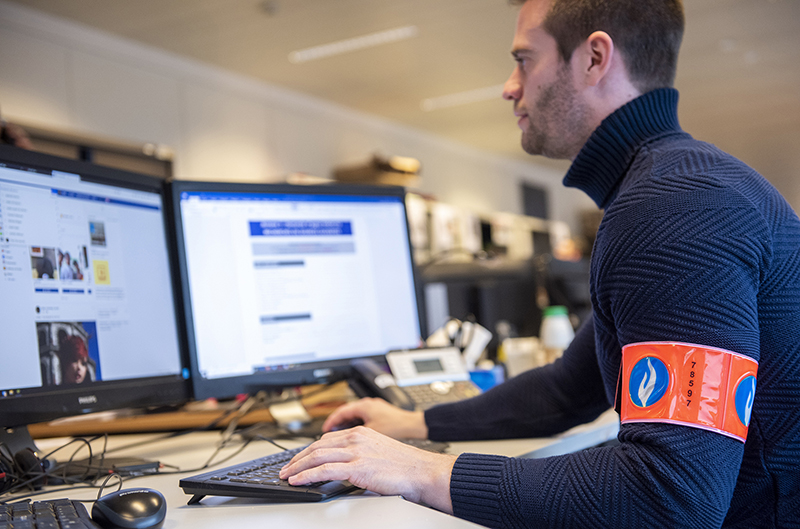 Hacking tool removed from the web thanks to international police action

An investigation launched by the Australian Federal Police last year resulted in the removal of a dangerous IM-RAT (Imminent Monitor Remote Access Trojan) hacking tool from the web. Once the tool was installed on a computer, cybercriminals were able to take control of the victim's machine. Criminal investigation services estimate that there are tens of thousands of victims. As part of an international police operation, the FCCU successfully conducted three searches on residences of suspects, which ultimately resulted in the seizure of evidence and the preventive detention of the offenders.